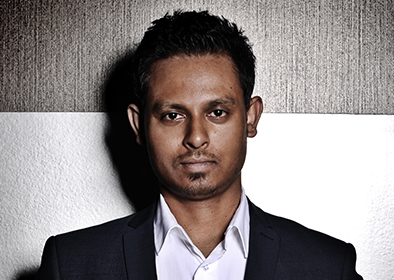 Since opening Lasan in 2002, his first restaurant at the age of 25, Jabbar Khan has established himself as a hugely successful high-profile entrepreneur, as well as a highly respected business commentator and hospitality industry campaigner.

Jabbar’s considerable achievements and contributions have been recognised and endorsed by the Institute of Directors, which presented him with its prestigious ‘Young Director of the Year’ award, and he’s often touted as a role model for young, aspiring professionals.

Jabbar has been selected as one of the region’s top entrepreneurs in the ‘Midlands Business Insider’ magazine’s latest ’42 Under 42′ list, and also scooped the Institute of Asian Business’s Young Entrepreneur of the Year award.

Most recently, he was included in the Birmingham Post’s Power 250 and also British Bangladeshi Power 100 in the UK.

Under Jabbar’s leadership, Lasan Group has enjoyed tremendous success and has grown to five distinct brands. Reflecting on his extraordinary journey, he has never forgotten that it was the great people around him that helped the group flourish, and his philosophy will always involve putting people at the centre of everything the organisation does.